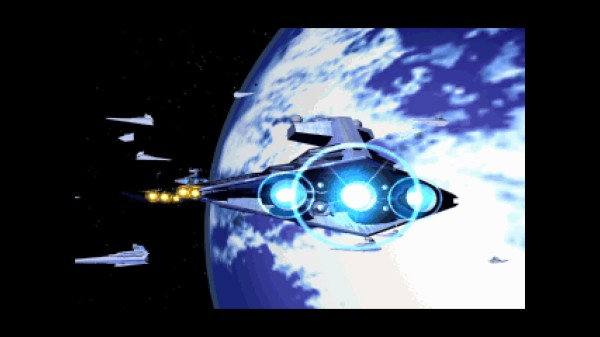 One of the very first Star Wars games I ever played, one of my first PC games period, was Star Wars: TIE Fighter. I remember being so incredibly excited to buy a joystick and start playing on my father’s computer in the basement. For the record, it was finished and not your typical creepy Michigan basement.

I grew up as a huge Star Wars fan, watching the original trilogy dozens upon dozens of times, and took quickly to whatever Star Wars games I could get my little hands on. These included TIE Fighter, Jedi Academy, and Dark Forces. Needless to say, I have a strong sense of nostalgia for those games.

A long time ago I wrote a piece discussing whether or not Age of Empires II was timeless, which you can read here. The Timeless? posts are something I would like to slowly build up on my blog, hence this post today! 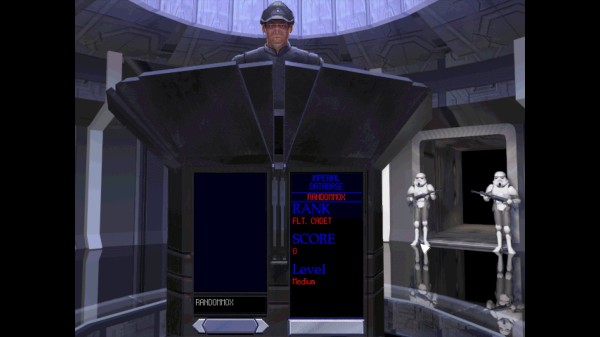 TIE Fighter (1994) is the first, as far as I know, Star Wars game from the perspective of the Empire, which is pretty dang sweet. Players take on the role of an Imperial pilot assisting the Emperor’s initiative to wipe out those pesky rebels. Players escort special cargo, check in at a Star Destroyer throughout the game, and of course get to blow up plenty of rebels.

“In the days ahead, the Emperor
will call upon the Imperial Navy
to eradicate the last vestiges
of rebellion and restore law
and order to the galaxy!”

This go around, roughly 15ish years after I first played (?!), I loaded up Star Wars: TIE Fighter Special Edition and was met with the familiar cut scene and the opening room. I had passed through those doors many times before. Ah, the memories. I was immediately back in the basement using the cheapest joystick a kid could find. It was amazing.

I decided to go through the training scenario before tackling any missions for the Emperor and was again reminded of the good old days shooting at those triangular targets while figuring out my fighter’s thrusters and movement.

At first it was a bit clunky, but I wasn’t ready to give up just yet. After a PC crash and some more play time, my dreams of returning as an Imperial pilot began to fade. Obviously the graphics have not aged with grace. They would have been tolerable but my late-twenty something eyeballs can no longer handle the pixelation as well as I once could.

As someone who usually comments on the graphics of a game last, it really was the game’s appearance that was most disappointing. I had it locked in my memory that TIE Fighter looked just a little bit better, just a tad bit sharper. I felt the sting of nostalgia shattered..

The movement and combat left something to be desired as well, but those were minimal issues in comparison. On the plus side, the story held up and the essence of Star Wars was still present. It’s not hard to imagine why this game did well back in the 90s.

In short, TIE Fighter is a classic that has not aged the best. It was enjoyable revisiting those old gaming memories, but perhaps some games are better left in that nostalgic part of my brain.